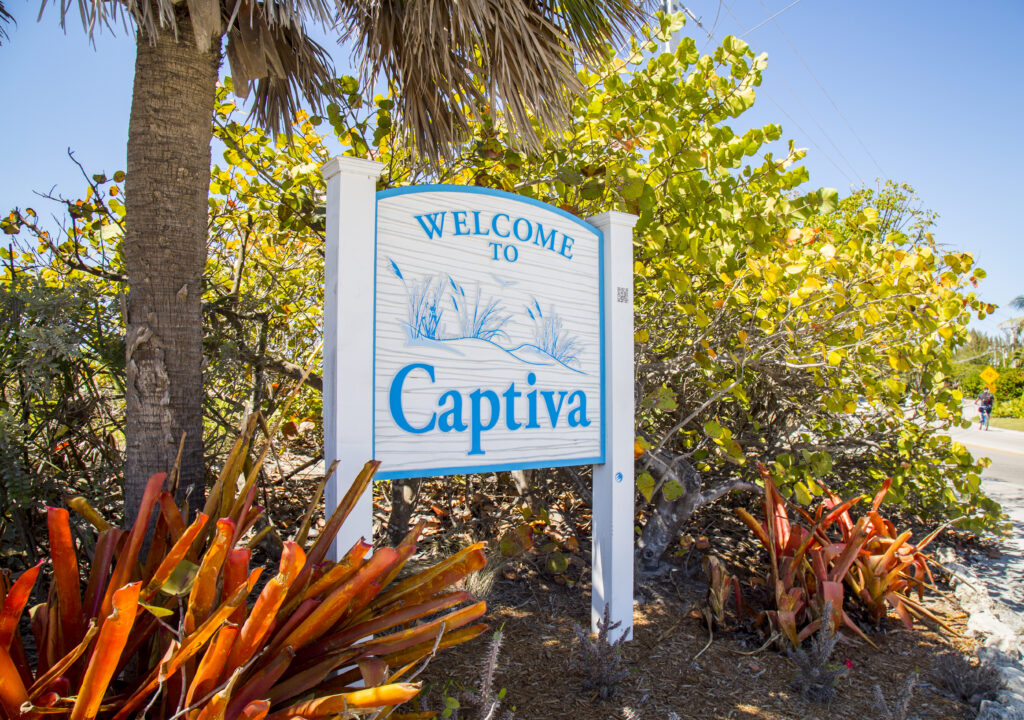 Captiva is a coastal barrier island with low-density residential development, augmented by limited commercial activities which serve residents and tourists drawn to a tranquil experience in a natural setting. As an island community, Captiva’s natural resources — beaches, waterways, wildlife and flora — are its most important attractions, and Captiva residents regard the protection of its mangrove fringe, water quality, and dark skies as matters of paramount importance. Toward this end, the Captiva Community Panel and other Captiva community, civic and business organizations must work together with Lee County and other regulatory bodies to sustain the fragile and limited resources of the island.

To achieve these ends, organizations representing Captiva residents, property owners and businesses must work together, and with Lee County to achieve the following:

The future of the island will be secured and enhanced as present and future residents and organizations on Captiva work together to reach consensus on island goals, and work with Lee County, the Captiva Erosion Control District, the state and its agencies, and nongovernmental organizations serving the island to ensure that those goals are realized.

Jay Brown is a retired business executive who lives full-time in his home on Captiva’s Tween Waters Stretch. In addition to his service on the Panel, he is active locally in the U.S. Power Squadron, Sanctuary Golf Club and the Captiva Island Yacht Club. A native of St. Louis, he is married, has five grown children and three grandchildren. Community service, golf, fishing, boating and continuing public company board service are his principal interests.

Michael and his wife Mary began visiting Captiva in 1989 and purchased their home here in 2004. They became full-time residents in 2016. Michael spent 35 years in the Investment Banking industry, serving as Managing Director at Merrill Lynch and JP Morgan and Senior Managing Director at Citadel Securities in Chicago. He currently assists in development work for Saint Ignatius College Prep, a Jesuit high school in downtown Chicago. He has been a Panel member since 2017.

Ann Brady is the Director of the Rauschenberg Residency in Captiva. In 2011, she was engaged by the Robert Rauschenberg Foundation to create and launch the multidisciplinary artists’ residency program on the 20-acre site of the late artist’s former home and studio complex. Ann has worked as a consultant for cultural organizations, and she spent 17 years with Atlantic Center for the Arts, an artists’ community in New Smyrna Beach, Florida. Ann has a condo in Sanibel and a home in New Smyrna Beach where she sometimes travels on the weekends; she has a son in college in Tallahassee.

Ken Gill was founder and CEO of one of the largest commercial food service equipment distribution and fabrication companies in the world. Gill sold the business, The Gill Companies, in 2007. He is a “serial entrepreneur” and has successfully started more than 20 various businesses during his career. Ken and his wife, Karen, currently are partners in Island Taxi with Tom Jones.

Gill graduated from Western Maryland College in 1961 with honors, majoring in Urban Planning. He worked on his Masters at NYU prior to being called into the service as a Second Lieutenant in the 101st Airborne Division.

Gill has served on the Board of Director of his college and the Annapolis, Maryland, hospital. Both institutions have buildings named in his honor. Ken and Karen are full-time residents of Captiva, and care deeply about the community.

John moved to Captiva Island in 1982 from the Detroit area of Michigan to help run his family’s businesses. In February 2021, the Jensen Family sold their historic marina on Captiva, Jensen’s Twin Palm. Today, he, along with his brother, Jimmy, and sister, Pat (his brother Dave passed away on 2/20/21) oversee the day-to-day operations of Jensen’s On The Gulf Resort. John has owned a home in Sunset Captiva since 1985 and has served on the HOA since 2009; as President since 2014. John has been married to Gina since 1995, and they have a teenage son, Johnny.

Linda Laird first visited Captiva in the 1970s, bought her home in Sunset Captiva in the late 1990s, and now lives here for 5-6 months a year. Linda has worked on the Sea Level Rise Committee since 2019. Her first career was in software at Bell Labs; she retired from her second career in academia in 2017. She has two grown sons. She’s an active artist and cyclist. When not in Captiva, Linda lives on a lake in North Eastern Pennsylvania, where she races her sailboat every weekend.

Originally from Toronto, McDonald started his career with Ernst & Young.  In 1987, Mr. McDonald joined Varity Corporation and relocated to Buffalo, NY. From 1993-1998 McDonald held a variety of operational finance positions in the United Kingdom.  In 1998 McDonald was appointed Vice President, Finance, Legal and IT of LucasVarity Automotive in Livonia, MI, which was subsequently acquired by TRW, Inc. in 1999.  He held a variety of financial positions at TRW where he became Vice President, Finance of TRW Automotive.  In 2001, he joined Johnson Controls, Inc. in Milwaukee as Vice President, Corporate Controller and became Assistant CFO in 2004.  He was appointed vice president and CFO in 2005, Executive Vice President in 2006 and Vice Chairman in 2014.

In July 2015, John Controls announced its plan to spin off its global automotive business.  The new company, Adient, was listed on the NYSE in October 2016, with  McDonald serving as Chairman and CEO until his retirement in 2018.

McDonald is on the Board of Directors of Dana Corporation and a director of Galenas Michigan LLC. He also served on the board of a number of nonprofits in the Milwaukee area.

McDonald received a Bachelor of Commerce from McMaster University in Ontario Canada in 1983.  He is a Charted Accountant and Certified Public Accountant, Michigan.

Bob Walter, Regional Managing Director for South Seas Island Resorts since 2013, has been in the hotel business for the last 40 years. Resort hotels are his passion and all of his leadership roles have been located on beautiful resorts in Florida and Bermuda. Bob understands the need for a beautiful, well-maintained and natural beach setting, not only from a resort perspective but from a preservation perspective. The need to preserve our beaches, wetlands and environment is second to none. Bob and his wife Mercedes reside at South Seas Island Resort, and have two daughters, one in Tampa and one in Boston.